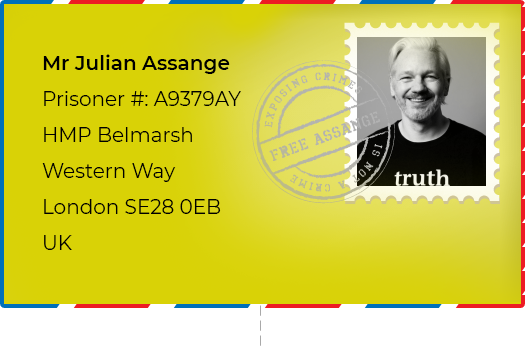 Along with writing to Julian Assange, please plan or take actions to support him (examples below) and write, email or call or a politician/leader or person of influence to inform them about Julian’s case and ask them to act. Please let Julian know of the actions you’ve taken and/or you are planning to take to inform & lobby those in power to intervene. You may write to & e-mail consulates around the world of the countries who are soon to be meeting with President Biden or other top US officials and ask them to drop the charges that the Trump administration brought forward against Assange. In the UK, take action to defend press freedom and to ensure that the UK does not extradite him. In Australia take action to to ensure that the Australian government intervenes to demand his freedom and to bring him home safely.

Let Julian know what actions you have taken or are planning to take to support him. 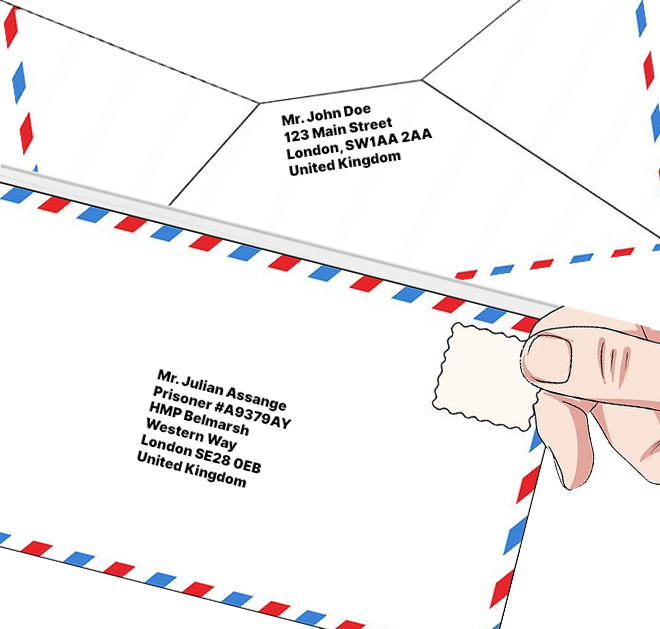 If you would like to give Julian the opportunity to reply you will need to include a self-addressed UK stamped envelope with your letter. The amount of postage you need depends on the weight and size of the letter. Please check here: royalmail.com/price-finder

Find information about postage at
royalmail.com/personal/uk-delivery/online-postage

Upload a photo/scan of your Letter